As bleak as things looked in April for dental practices, May showed signs of life and indicators of a potential quick recovery.  However, at that time, uncertainty still prevailed.  Now, as the ADA survey results for the first week of June are in, the rebound continues on it’s robust trajectory. 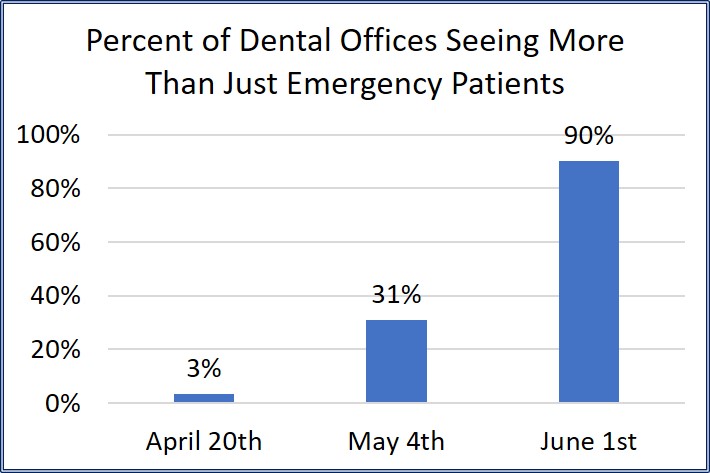 The ADA released their latest data in which they survey members on a number of questions related to their current activity.  For the week of June 1st, they found another dramatic increase in dental practice volume.  This was marked both by the percentage of practices saying they saw an increase in patient volume… 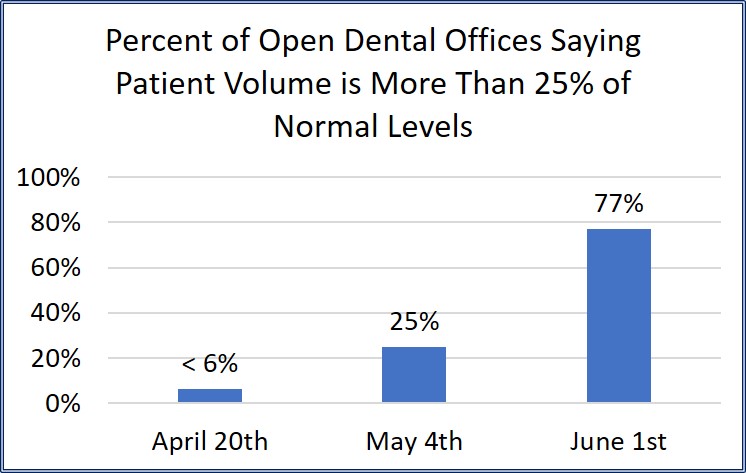 …as well as the percentage of practices saying they began seeing non-emergency patients. Furthermore, almost 20% of dentists in the survey responded that patient volumes are at or close to normal levels again.

As expected, these levels are not consistent everywhere as certain states are slower to open.  For instance, in New York about 59% of dentist say they are still at less than 25% volume.  Pennsylvania is at similar levels.  Meanwhile, only about 12% of dentists in Florida were still operating at less than a quarter of typical patient volumes.

Overall, a great trend that we will continue to keep a close eye on.