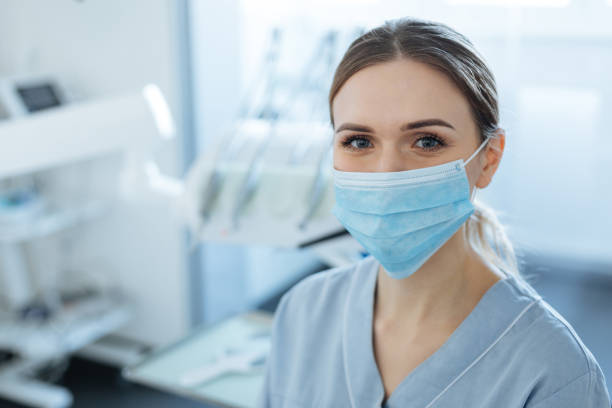 According to CNBC, the health care sector lost a record 1.4 million jobs in April led by more than half a million job cuts at dentist offices, as the coronavirus pandemic kept most non-emergency health care services on hold nationally.  The staggering jobs losses mark a 53% decline in dental practice employment over two months.  All but 3% of dental offices nationally were shut down except for emergency appointments last month, according to the American Dental Association, and nearly 9 out of 10 had laid off staff.

However, as bleak as things looked in April, the first week of May saw nearly half of dental practices bringing workers back, according to the ADA.  As states begin to reopen, last week marked a dramatic increase in patient volume as well staff hiring.

The ADA released their latest data in which they survey members on a number of questions related to their current activity.  For the week of May 4th, they found a dramatic increase in dental practice volume.  This was marked both by the percentage of practices saying they saw an increase in patient volume… 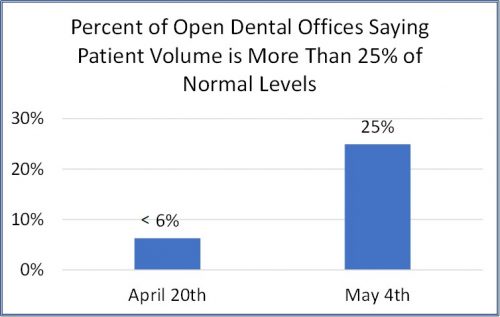 …as well as the percentage of practices saying they began seeing non-emergency patients.

As might be expected, not all states were seeing the same increases in these two metrics.  The tables below compare state-specific data comparing May 4th responses to those two weeks prior, and those states that began to relax stay-at-home restrictions earlier correlate with the dental practices that saw volume increases.

While everyone would agree that we still have a long way to go until dental practices are able operate at normal levels, these data imply that the first steps have been more dramatic than many expected.  Of course, like so many other areas, all will be watching closely to make sure that relapses in infection rates don’t occur.